Is Ip Man 2 As Good As The First Movie? 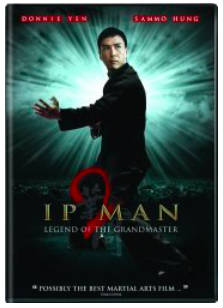 I just watched Ip Man 2: Legend of the Grandmaster. And I liked it.

The Ip Man Sequel with Donnie Yen!
Buy On Amazon

(Update: Since Ip Man and Ip Man 2 broke out onto the world in 2008 and 2010, respectively, an entire genre of Ip Man themed movies have come out. The new Ip Man movie for 2013 is called The Grandmaster with Tony Leung, Zhang Ziyi, Cung Le, Wong Kar Wai – director, and Yuen Woo Ping – action choreographer. And there’s at least one more Ip Man movie in the works. Stay tuned.)

Have you ever wondered, like I have, what’s the difference?

I thought they were two different ways to describe the same thing. But they’re not. According to a “Movie Facts” brochure I picked up at a movie theater these terms are very different.

Based On A True Story
Paraphrasing the brochure “…this is a storyline that has at least some basis in real historical events, biographies, and/or stories, which may or may not be altered for greater dramatic affects.”

Examples – The Sound of Music, Norma Rae, Erin Brokovich, or The Blind Side.

Inspired By A True Story
Paraphrasing again “…indicates that the story has been significantly altered from true events.”

“Significantly” is the key word here.

Ok, I said it. And now I’m going to get flack for it. But I call things as I see them.

I felt the story line in the first movie was better, more believable and you cared about the characters. Sure we don’t watch Kung Fu movies for the deep dialogue or story line. But it doesn’t hurt to have a good plot right?

Many great martial arts films have great plots. Crouching Tiger Hidden Dragon being one, Red Belt being another, and Ip Man 1 being a third.

The Plot In Ip Man 2 Is Weak

Fighting with the local kung fu schools to earn the respect and the right to open and run his own Wing Chun school … then fighting with the stupid, rude, racist, white guy…

Other than the kick butt Wing Chun moves and the title role for Ip Man … I felt like I just watched Jet Li in Fearless when the movie ended — not Ip Man.

The production of The Legend is Born – Ip Man just wrapped!

Rumors say that this film is closer to reality, to real life. Will the third film be “Based on a True Story”? We’ll see.

Reports say that Ip Chun, Ip Man’s surviving son, is very pleased with the movie and congratulated everyone for how close it is to his father’s real life.

Donnie Yen won’t play the title role in this one, though (**Other than the title, this movie is not affiliated to the original Ip Man movies**).

Apparently, The Legend is Born is a pre-quel that takes us back to a younger Ip Man and follows him as he learns Wing Chun from his masters.

Now that sounds like a good plot to me. Can’t wait.

It’s out! One reviewer wasn’t happy with it, I liked it, if you’ve seen it tell us your opinion about it.

Buy Ip Man 2: Legend of the Grandmaster from Amazon

The movie review for Ip Man 1

Tell us about a Kung Fu Movie YOU’ve Watched

Tell us what you liked about it or didn’t like. Tell us about the fight scenes. Is it worth watching? Are you a martial artist?

And help us avoid wasting our time watching junk!

We Want to KNOW!

Comments on Is Ip Man 2 As Good As The First Movie?

PrevPreviousWhen the Fight Goes to the Ground: Jiu-Jitsu Strategies and Tactics for Self-Defense Review
NextThe Grandmaster: US VersionIs The ‘Recut’ Ip Man Movie Better or Worse?Next