Why I Made a Website About Wing Chun Kung Fu 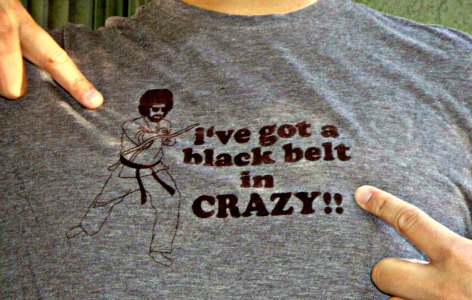 I started learning the wooden dummy form, muscle memory showed up more often even outside of class, and I was advanced enough to join sparring classes, too.

Wing Chun was everything I hoped it would be… and more.

I joked with friends that Wing Chun was my part-time job (* You can see a quick run down of my “fighting dossier” here*).

Between classes and training at home, I clocked in almost 20 hours a week after work and weekends. If we had a special seminar or grading that week, I would push close to 30 hours.

Before Wing Chun, I studied Karate, Judo, and Aikido. But, Wing Chun was the one art I wanted to study from the beginning because it’s what Bruce Lee learned before developing JKD.

Wing Chun had everything I wanted in a martial art and I committed more focus and time on it than any other style.

I was forced to stop training Wing Chun

No ifs, ands or buts.

No more Wing Chun Kung Fu for me. Why?

A life event forced me to stop completely.

I had my first child and the extra money ran out.

And within 18 months, I was laid off from my job and my second child was born and my extra time ran out, too.

The result was that I ended up taking 5 years off from training! I let go of everything I worked hard to achieve. (I dropped by the club a few times to say hello to sifu… but I never practiced during those 5 years.)

I gained a boatload of weight. So much that it affected my health. I knew where this road led, and it wasn’t pretty.

At different times I worked on getting my health back. But, most of it was met with failure. Diets I didn’t stick to. Eating poorly. And not doing enough consistent exercise.

Wing Chun was the Answer

Things in life settled down and I was able to return to Wing Chun. It wasn’t until I got back into it that I started gaining consistent control of…Me.

My weight dropped slowly and consistently. I felt less stress. I was able to concentrate at work better. My reflexes became sharper. My cardio was stronger and I had more stamina.

It took a year before I really felt like I was “back”, skill-wise, to where I left off in Wing Chun. In fact, by this time I was better.

**If you ever leave your martial arts training and go back many years later… it’s a lot like riding a bike. You never forget, you just get rusty and it takes time and practice to get it back. But you do.**

However, Things Still Were Not The Same as Before

My old sifu no longer ran the school (he moved back to his home county). The new sifu was a former classmate who I studied together with before.

(He was only a few months more advanced than I was when I quit. And he and two other students I trained with were also sifus. Maybe I could have been a sifu, too?!)

But, this wasn’t what felt different…

Even though I’d been back training and getting better, this time learning the Wing Chun Butterfly swords, the Dragon Pole, and sparring again… I realized that I was still missing something —

I didn’t come to class as often as I wished. I have work and family and all kinds of things going on now that I didn’t have when I first trained Wing Chun Kung Fu. Also…

Other things are important in life now

I’d like to travel more with my family. Maybe study martial arts in other countries. Go visit my old Sifu and Sigong and take some private lessons. Take time off and study Shaolin or Wudan Kung Fu in the mountains of China with the Monks… You know, ‘simple things.’

I realize I’m missing something else —

Even though I have work, I can’t just disappear at any time to do those simple things. Plus, I remember the sting of suddenly losing a job.

I needed something that could give me more time and money, safely.

“What could I do, a business perhaps, which I can run from anywhere in the world and after I’ve built it up a bit… I can leave it alone for a few weeks or months… and it would still fund my training and family’s travels?”

“What’s something I can do that generates income with or without me, or at the very least, with little input from me once it’s up and running?”

The best answer I found…

A business on the Internet.

It fit my requirements:

At first, I dabbled by “learning the ropes.” Setting up a blog or website is easy to do today. That’s what I did. I found and tinkered with all the cheap and free online tools available on the Internet.

After a year and a half I had nothing to show for all the work I put into it.

All the free tools I found weren’t really free since I wasted so much time trying to piece them together. And none of them worked together easily either (I’m not a technical genius).

I got so frustrated. It was an expensive waste of time and money. The exact opposite of what I wanted.

Their approach was different and made a lot of sense. Instead of having to master complicated technical tools they teach you how to turn your hobby, passion, or skill into a viable online business.

The key word is “business”.

Getting your website noticed so people visit and it earns you money is what SBI excels at teaching you… If I can do it, anyone can.

They make it easy because there’s no heavy programming or web design skills needed.

SBI provides all the tools you need, and they take your hand and walk you from A to Z.

All you need is a little motivation, nothing else.

Look at this Video Tour to get a better idea of how it all works.

I get a kick out of the variety of topics people have turned into profitable websites with SBI.

These are all built by normal people like you and me. All these sites are in the top 1% of the most visited sites on the web!

You can read my personal experience, suggestions, thoughts, and recommendations here.

You can also read a 2014 Update on my personal journey building an online business with SBIs (SiteSell) help and tools.

All I’ll say is if you’re thinking about something like this for yourself; give Solo Build It a shot.